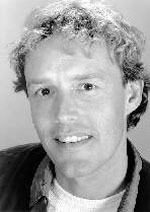 This wide range of styles is also typical of his Lieder interpretations. Maarten Koningsberger has made concert tours throughout Europe, the Middle East and South America and has gained a great reputation in this field through his recitals with such accompanists as Irwin Cage and Graham Johnson. He is invited regularly by broadcasting companies for recitals and concerts. He teaches at the Sweelinck Conservatoire in Amsterdam and at the Centre de la Musique Baroque in Versailles, France.