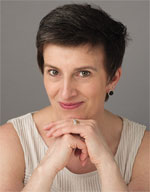 Lorna Anderson has appeared in opera, concert and recital with major orchestras and festivals throughout Europe and elsewhere. As a renowned performer of the Baroque repertoire she has sung with the Orchestra of the Age of Enlightenment, Les Arts Florissants, The Sixteen, The English Concert, St James Baroque, London Baroque, Collegium Musicum 90, The King’s Consort, London Classical Players, La Chapelle Royale and the Academy of Ancient Music, under conductors including William Christie, Harry Christophers, Richard Egarr, Trevor Pinnock, Richard Hickox, Nicholas McGegan, Robert King and Sir Charles Mackerras.