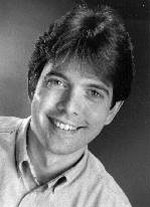 Eugene Asti was educated in New York City, studying piano with Jeanette Haien at the Mannes College of Music where he earned his BMus and MA. In 1982 he was awarded a full scholarship to study at Fontainebleau in France where he studied with Gaby Casadesus, Henri Dutilleux and Claude Helffer. He was the official accompanist at the International Festival-Institute, Round Top, Texas, from 1983 to 1987 and received a Fulbright Award to study piano accompaniment with Graham Johnson at the Guildhall School of Music and Drama in London, where he now teaches.

He is the recipient of numerous awards including the Megan Foster Prize (Maggie Teyte Competition) and the Ferdinand Rauter Memorial Prize (Richard Tauber Competition). He has performed with the Young Songmakers' Almanac at St John's Smith Square in London, given recitals for the Young Artists' Series at the Royal Opera House, also in London, Stockholm Opera House and St David's Hall in Cardiff, and performed at many of Britain's leading music festivals, including those at Aldeburgh, Arundel, Cheltenham and Lichfield. Much in demand as an accompanist, Mr Asti has toured with Dame Margaret Price throughout Europe, given several recitals with Dame Felicity Lott, and made his Wigmore Hall debut with Elizabeth Connell, susbsequently giving a recital there with Susan Gritton with whom he has a close working relationship. He also has an established duo partnership with soprano Alison Buchanan.