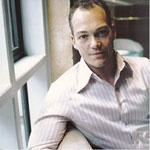 Winner of the Lieder Prize at the 1997 Cardiff Singer of the World Competition, Christopher Maltman read biochemistry at Warwick University before studying singing at the Royal Academy of Music. On the opera stage, his recent appearances have included the title role of Gawain at the Salzburg Festival, the title role of Don Giovanni at the Deutsche Staatsoper, Berlin, the Salzburg Festival, the Bayerische Staatsoper, Munich, and the Cologne Opera; Posa (Don Carlo) at the Netherlands Opera; Papageno (Die Zauberflöte), Guglielmo (Così fan tutte), Forester (The Cunning Little Vixen), Marcello (La bohème), Ramiro (L’heure espagnole) and Lescaut (Manon Lescaut) at the Royal Opera House, Covent Garden.

A renowned recitalist, he has appeared at the Vienna Konzerthaus; Amsterdam Concertgebouw; Salzburg Mozarteum; Alte Oper in Frankfurt; Philharmonie in Cologne, La Scala, Milan; in New York at both Carnegie Hall and the Lincoln Center; and at the Aldeburgh, Edinburgh, Cheltenham and Schwarzenberg Schubertiade festivals. He is a regular guest at Wigmore Hall in London. His large discography includes many recordings for Hyperion.