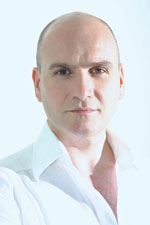 John Mark Ainsley was born in Crewe and studied with Anthony Rolfe Johnson. His international concert engagements include appearances with the world’s leading orchestras and conductors, including the London, Chicago, Boston and San Francisco Symphony Orchestras, and the London, Berlin, Vienna and New York Philharmonic Orchestras, under Claudio Abbado, Sir Colin Davis, Charles Dutoit, Bernard Haitink, Sir Charles Mackerras, Kurt Masur, Sir Roger Norrington and Sir Simon Rattle. His notable engagements include Captain Vere (Billy Budd) at Glyndebourne and in Amsterdam; Skuratov (From the House of the Dead) at La Scala, Milan, under Salonen, the Deutsche Staatsoper Berlin under Rattle, and the Amsterdam, Vienna and Aix-en-Provence Festivals under Boulez; the title role in L'Orfeo at the Theater an der Wien, Vienna, and the Barbican, London; Berlioz’s Roméo et Juliette at the Théâtre des Champs-Elysées, Paris; Grimoaldo (Rodelinda) for English National Opera; Bajazet (Tamerlano) in Versailles and at the Theater an der Wien; and the Fisherman (Le Rossignol) and Gonzalve (L’Heure espagnole) under Dutoit at the Concertgebouw, Amsterdam. His concert engagements include a recital at the Wigmore Hall, London; a tour of Messiah with the Orchestra of the Age of Enlightenment; and Britten’s War Requiem at the Teatro Real, Madrid. He has recorded a large variety of repertoire which includes Baroque music, German lied, English song and American musicals.