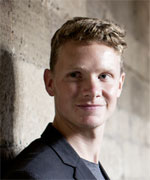 Ruairi Bowen was a chorister at St David’s and St Paul’s Cathedrals, later taking up a choral scholarship at King’s College, Cambridge under the direction of Sir Stephen Cleobury.

A finalist in the 2020 International Handel Singing Competition, he is increasingly in demand as an interpreter of Baroque repertoire, recently making his debut at the Wigmore Hall and Bachfest Leipzig, performing Bach’s St John Passion 1725 with Solomon’s Knot. Other engagements have included Septimius in Handel’s Theodora with The Hampstead Collective, Bach’s Mass in B Minor with English Touring Opera and Monteverdi’s Vespro della Beata Vergine at the Three Choirs Festival.

Equally at home with larger-scale symphonic works, he sang in the world premiere and recording of Stanford’s Mass ‘Via Victrix’ with the BBC National Orchestra and Chorus of Wales and Adrian Partington. Other engagements have included Mendelssohn’s Elijah in Worcester Cathedral, Beethoven’s Missa solemnis with Ben Palmer and the Covent Garden Sinfonia, and Vaughan Williams’ A Cotswold Romance with the Lebanese Philharmonic Orchestra.

On the operatic stage, he debuted Prologue/Quint in Britten’s Turn of the Screw at Barnes Music Festival. In autumn 2019, he took on multiple roles in Purcell’s The Indian Queen at l’Opera de Lille with Le Concert d’Astrée and Emanuelle Haïm, with whom he will take on the role of Sailor in Purcell’s Dido and Aeneas in 2021.

Growing up in the Welsh Marches, Ruairi has developed a keen interest in exploring the integrated relationship between poetry and nature through pastoral song. Recent highlights include a recital on Innocence & Experience with Anna Tilbrook, performing Tippett’s cantata Boyhood’s End and Finzi’s A Young Man's Exhortation for Finzi Friends at Ashmansworth.

During the live music hiatus left in the wake of the Covid-19 Pandemic, Ruairi was a Support Worker for the Children’s Section of the British Refugee Council and has volunteered as a coach for their Cricket Project since 2015. Where time allows, he returns to Herefordshire to play cricket for Brockhampton CC.