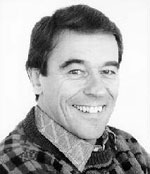 Philip Langridge was born in Kent, England, and studied at the Royal Academy of Music in London. He is one of the world's most distinguished singers, whose rare musical and dramatic qualities ensure that he is in constant demand on the operatic and concert platforms of Europe, America and Japan.

Philip Langridge appears on a regular basis with many of the world's leading opera companies and music festivals, in a wide repertoire ranging from Monteverdi to contemporary works. He has become a regular guest at Salzburg. He also appears regularly at La Scala.

His interpretations of major Britten roles have been given particularly high praise. Another composer with whose music he is closely associated is Janacek.