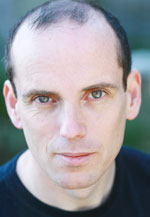 James Oxley was brought up in Suffolk and, following his studies on the cello at the Royal College of Music, was awarded a Scholarship to Oxford. He subsequently developed his singing, working with Rudolf Piernay, Paul Farrington and Eric Tappy.

His engagements have taken him throughout Europe, especially to France where he has worked with Herreweghe, Niquet and Rousset. Further afield, he has sung Acis and Galatea in San Francisco, Britten’s Serenade for tenor, horn and strings, given concerts in Tel Aviv, Hong Kong and Singapore, and sung Schumann’s Dichterliebe with pianist David Owen Norris in Australia.