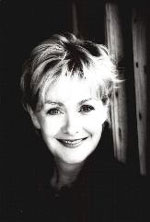 Lynne Dawson is established as one of Britain's most versatile and popular sopranos and enjoys a busy career which combines concerts and recitals with frequent recordings and opera productions.

Lynne Dawson has sung with many of the world’s leading conductors including Giulini, Barenboim, Mehta, Ashkenazy, Gardiner, Chailly, Harnoncourt, Minkowski and Mackerras and has recorded for all the major labels.

Lynne Dawson has appeared with many of the world’s leading orchestras. In September 1997, Lynne Dawson’s performance of Libera me from Verdi’s Requiem was watched by a worldwide audience of millions on the occasion of the funeral of Diana, Princess of Wales.