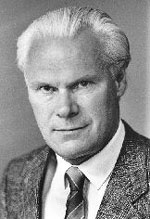 David Lloyd-Jones began his professional career in 1959 on the music staff of the Royal Opera House, Covent Garden. He soon became much in demand as a freelance conductor for orchestral and choral concerts, operas, BBC broadcasts and TV opera productions.

In 1972 he was appointed Assistant Music Director to Sir Charles Mackerras at English National Opera, where he conducted an extensive repertory, from Die Meistersinger, Don Carlos and Katya Kabanova to the British stage premiere of Prokofiev’s War and Peace.

In 1978 David Lloyd-Jones was invited to found a new full-time opera company in the north of England. He was appointed Artistic Director of Opera North, the highly successful Leeds-based company; this also included the formation of a new orchestra of symphonic strength, the English Northern Philharmonia. During his twelve seasons with Opera North he conducted fifty different productions including rare revivals of Prince Igor, The Trojans and The Midsummer Marriage (Tippett), and the British premieres of Strauss’s Daphne and Krenek’s Jonny spielt auf. He also conducted numerous orchestral and choral concerts, and took the company to festivals in Germany and France. David Lloyd-Jones has also appeared at the Royal Opera House (Boris Godunov with both Boris Christoff and Nicolai Ghiaurov), Welsh National Opera and Scottish Opera, at the Wexford, Bath, Edinburgh, Cheltenham and Leeds festivals, and with virtually every major British orchestra. He also conducts frequently abroad, and has appeared throughout Europe, and in Russia, Japan and North and South America.

David Lloyd-Jones has made a number of recordings of British and Russian music for Hyperion. Two of them, featuring the music of Constant Lambert (Summer’s Last Will and Testament and The Rio Grande on CDA66565, and Horoscope on CDH55099), have been awarded Penguin Guide Rosettes.