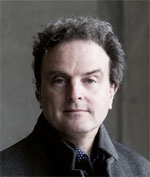 "Despite the abundance of younger star countertenors these days, none of them yet match Chance's intelligent delivery and supreme ability to get inside the English language." The Guardian

Over some 40 years, Michael Chance has established an international reputation as performer, teacher and director across a broad spectrum of opera, recital, oratorio and recordings. He has embraced old and new music with equal passion, having notable roles and songs cycles written for him by composers from Harrison Birtwistle, Judith Weir and John Tavener, to Richard Rodney Bennett, Tan Dun and Elvis Costello. His range has helped develop both the possibilities for the countertenor voice and the interest in, and passion for, earlier repertoire.

His operatic career identifies him with parts such as Gluck’s Orfeo, Britten’s Oberon and Apollo, Handel’s Giulio Cesare, Rinaldo, Bertarido and Ottone, a host of gods and heroes, and the occasional villain, throughout the Baroque and early Classical eras. He has performed in most of the great opera houses and concert halls.

His discography numbers over 150 recordings, with solo albums devoted to composers such as Purcell, Dowland, Bach, Tavener and Vivaldi. His recording of Vivaldi’s Stabat mater was recently chosen in BBC Radio 3’s Building a Library.

Amongst many international awards for his recordings is a Grammy for his performance in Handel’s Semele (with Kathleen Battle and Marilyn Horne). He was appointed a CBE in 2009.

Michael teaches at the Royal Academy of Music, the Royal Conservatorium in The Hague, in his own Siena Summer Academy in Italy, and in masterclasses all over the world.