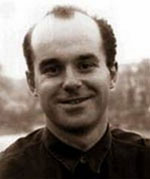 see also Laurence Cummings (conductor)
Laurence Cummings enjoys a successful career as a solo harpsichordist, continua player and conductor, as well as broadcasting regularly on television and radio. Laurence plays for many period instrument groups including Les Arts Florissants, The Sixteen, the Gabrieli Consort, and The Orchestra of the Age of Enlightenment, and as a soloist he has recorded the music of Louis and Frarn;ois Couperin.

Laurence studied with Robert Woolley at the Royal College of Music and later with Jill Severs and Kenneth Gilbert. As a great advocate of the performance of Handel opera he has undertaken several tours of Ireland, conducting with Opera Theatre Company.

Laurence is Head of Historical Performance at the Royal Academy of Music and Co-Director of the London Handel Orchestra and Festival.