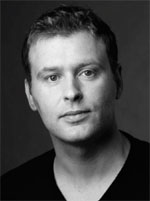 His repertoire ranges from the Elizabethan lute songs to contemporary music, and includes Bach’s Passions, works by Monteverdi, Handel, Haydn and Rameau and symphonic works by Orff, Mendelssohn, Berlioz and Britten. Agustin is proud to be a member of Graham Johnson’s Songmakers’ Almanac, with whom he often appears in recital.

He has recorded with Naxos, Dynamic, Glossa, RTVE, Mondo Musica and RCOC.