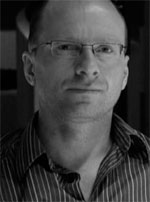 The Director of College Music at St Hilda’s College, Oxford, and a research fellow at Oxford’s Music Faculty, Jonathan Williams enjoys a wide-ranging freelance career working at the highest level as an orchestrator, conductor and teacher. He has worked with groups such as the Orchestra of the Age of Enlightenment, BBC National Orchestra of Wales, BBC Concert Orchestra, English National Ballet, English Chamber Orchestra, Liverpool Philharmonic, London Mozart Players, Royal Philharmonic Concert Orchestra, and the University of London Choir and Orchestra. He has taught Orchestration at Oxford since 1992 and his work as composer/orchestrator can be heard on award-winning soundtracks recorded at Abbey Road for Sony, the BBC and SKY, most notably with Emmy award-winner Sean Callery (SKY’s 24) and for the Novello award-winning score for Sony’s video game Killzone 2.

His doctoral research on the operas of Jean-Philippe Rameau has come to fruition in the Rameau Project. This major collaboration between Oxford University, the OAE, scholars, musicians and dancers is pioneering the reappraisal of Rameau’s opera in the UK, particularly in Rameau’s use of complex choreography. The Project led the British celebrations of Rameau’s anniversary year in 2014 with the UK’s first international Rameau conference, numerous BBC broadcasts and the semi-staged performance at the Queen Elizabeth Hall of three Rameau operas, all with the OAE and featuring Baroque choreography by Edith Lalonger. Also arising from the Rameau Project is the premiere recording of Anacréon, the first UK studio recording of a Rameau opera for 30 years.