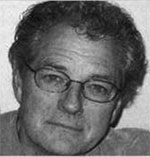 Robert Lloyd was born in Essex and educated at Oxford University. He began like as an academic historian, turning to a singing career at the age of 28. In 1972 he was appointed Principal Bass al the Royal Opera House, Covent Garden, where he sings an enormous range of repertoire. At the same time, he has developed a freelance operatic and concert career which has brought him to work with all the major Opera Houses and Orchestras throughout the world.

He has sung Boris Godunov in St Petersburg, Amsterdam, Florence, and in both London and Vienna with Abbado; Gurnemanz in Amsterdam, London. at la Scala and the Metropolitan Opera with Rattle, Haitink, Muti and Levine and Philip II in Buenos Aires. London and San Francisco with Haitink and Runnicles, He has a particularly close association with the Royal Opera House, where he has sung over 60 roles and with the Metropolitan Opera, New York.

He has a vast discography of over seventy audio and video recordings and was made a CBE in lhe 1991 New Year's Honours list.