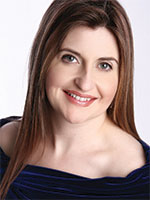 Bridget is a versatile musician and travels across Europe for concerts and recordings and has performed at prestigious venues and festivals including St John’s Smith Square, St Martin-in-the-Fields, London, Festi Classique, France, Innsbruck Festival, Austria and Victoria International Festival, Gozo.

As a conductor, she has directed several operas and works including Purcell’s Fairy Queen, Mozart’s Magic Flute and Handel’s Semele and has a wide musical background. As well as her speciality in Baroque and Early Music, she has performed music by Piazzolla with the RTÉ Irish Chamber Orchestra live on Lyric Radio, and has conducted recordings of early 20th-century English music composed by George Butterworth.

Her solo harpsichord performances include playing for Prince Charles at Buckingham Palace and frequent collaborations with baroque dance companies. She also gives lecture recitals and concerts at Art Galleries and opened; ‘Watteau: The Drawings Exhibition’ at the Royal Academy of Arts in London.

Bridget has performed and presented on several Radio and TV programmes for BBC TV, SkyArts, RTÉ, RTP, Radio Stephansdom and Radio France including BBC 2 Messiah, BBC 4 Vivaldi’s Women, Radio 4 Front Row and Radio 3 In Tune and has made a film for Handel and Hendrix in London, where she has been playing and giving lecture recitals since it first opened.

Bridget created, researched and conducted this new series of Handel recordings with London Early Opera and has a recording contract with Signum Classics exploring Handel the man, his music and travels. These new CDs are being released worldwide and Handel in Italy Vols 1 & 2 and Handel at Vauxhall Vol 1 have been reviewed with international acclaim.