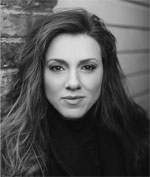 Praised by Opera for her 'dramatic wit and vocal control' in stand out performances on opera and concert platforms, Mary Bevan is a winner of the Royal Philharmonic Society’s Young Artist award and UK Critics’ Circle Award for Exceptional Young Talent in music.

Bevan returned to the English National Opera as Zerlina in Richard Jones’ new production of Mozart Don Giovanni, under Mark Wigglesworth. She also headlined a tour of Asia with The English Concert and made her role debut as Merab in Handel Saul for the Adelaide Festival. Bevan made her Carnegie Hall debut in Spring 2017 with The English Concert and Harry Bicket in a performance of Ariodante alongside Joyce DiDonato in the title role. This Ariodante was part of an eight-city tour of the United States and Europe, including performances at Washington’s Kennedy Center, Vienna’s Theater an der Wien, the Elbphilharmonie in Hamburg, Théâtre des Champs-Élysées in Paris and at London’s Barbican. Other highlights include recitals with the Myrthen Ensemble at Concertgebouw Amsterdam, Musée d’Orsay Paris and at London’s Wigmore Hall; Richard Ayres’ In the Alps with Nicholas Collon and the Aurora Orchestra; and Handel’s Messiah with the Academy of Ancient Music conducted by Richard Egarr at the Barbican.

Bevan made her Royal Opera House debut creating the role of Lila (David Bruce’s The Firework-Maker’s Daughter, world premiere and co-commission with The Opera Group and Opera North) in the Linbury Studio Theatre in 2013. She has since returned to The Royal Opera as Barbarina (Le nozze di Figaro) on the main stage, Euridice (Orfeo) at the Roundhouse and the title role in Rossi’s Orpheus at the Sam Wanamaker Playhouse, Shakespeare’s Globe.

On the concert platform, Bevan has performed Silandra in Cesti's Orontea with La Nuova Musica, a Handel Residency week with Emmanuelle Haïm at the Aix-en-Provence Festival, the Bach Magnificat with the Britten Sinfonia, Mozart Requiem with the English Chamber Orchestra, Fauré Requiem with the Philharmonia Orchestra and Orquestra Sinfonica de Sevilla, and Mozart Coronation Mass with Southbank Sinfonia. Bevan is also a member of the Myrthen Ensemble with Joseph Middleton.