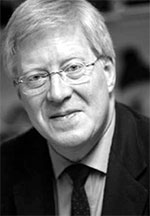 Since founding the Goldberg Ensemble in 1982, Malcolm Layfield has become well known to audiences as its director and conductor. He has appeared with the ensemble in concerts and on radio and television throughout the world and has given many first performances of pieces written both for him and the ensemble, many of which have been broadcast on BBC Radio 3.

In addition to his work with the Goldberg Ensemble, he is also leader of the London Bach Orchestra and has directed them in concerts at the Barbican and the Queen Elizabeth Hall and throughout Europe. He has appeared as guest leader and soloist with many orchestras including the City of London Sinfonia, the Orchestra of St. John’s Smith Square, the Northern Sinfonia, the Scottish Chamber Orchestra and the BBC Welsh Symphony Orchestra. In 1995, he made his American debut as soloist at Carnegie Hall, followed by an invitation to be guest concertmaster at the Carmel Bach Festival in California.

As a conductor, Malcolm Layfield has performed at numerous festivals throughout Europe, South America and the Far East as well as performing in many successful performances with the Goldberg Festival Opera, including Mozart’s Marriage of Figaro, Don Giovanni and most recently, Cosi fan tutte.

In March 2001 he directed the Goldberg Ensemble in its exiting new Contemporary Music Festival, in Manchester, Wolverhampton and Leeds, which was an acclaimed success and has now become firmly established in the new music season. He has recently conducted the Goldberg Ensemble in their first disc for Naxos of music by Nicola Le Fanu and more recordings are planned for the coming season.

In addition to performing, he pursues a busy teaching schedule and in January 2001, he was appointed Head of School of Strings at the Royal Northern College of Music. He has given masterclasses at the Central Conservatory in Beijing and at Tokyo Gedai, and in June last year he conducted the Gedai Chamber Orchestra in the final concert of their prestigious series.

He plays a very fine Gennaro Gagliano violin of 1768.