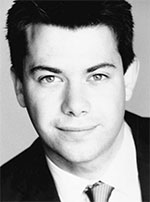 Tristan Gurney comes from Oxfordshire and studied the violin at the Royal Northern College of Music, with Yossi Zivoni, and then at the Royal Conservatory of Music Toronto, with Lorand Fenyves. He now lives in Gateshead, where he has a Sub-Principal First Violin position in the Northern Sinfonia and is Head of Strings at Newcastle University.

Tristan is a keen solo and chamber music player and has won numerous competitions and prizes for solo and chamber music playing, including the Emily English Award, The Countess of Munster Star Award, the Hirsch Prize, the Weil Prize, the Laurence Turner Memorial Prize, the Sir John Barbirolli Prize and the Thames Valley Young Musicians’ Platform. At the RNCM, he led the Gurney String Quartet for four years whose performances included a live broadcast for a BBC Radio 3 Proms Composer Portrait of Lindberg’s Clarinet Quintet, together with appearances at prestigious festivals including Huddersfield Contemporary Music Festival, Ryedale Festival, St. Endellion Music Festival and the RNCM Haydnfest, 20th Century Fest and Henze Festival. He now regularly performs chamber music and recitals around the UK and is currently appearing as guest leader of the Edinburgh Quartet.

Tristan has appeared as soloist with many orchestras across the country including a performance of the Britten Violin Concerto under Martyn Brabbins with the RNCM Symphony Orchestra, Tippett’s Fantasia Concertante on a Theme of Corelli with the RNCM String Orchestra, broadcast on BBC Radio 3, and numerous Vivaldi Concertos with Northern Sinfonia. He also enjoys success as a guest leader of several orchestras including Durham Sinfonia and St. Endellion Festival Orchestra (under Sir Richard Hickox).