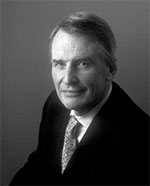 Shortly after his London debut in March 1962, Simon Preston was appointed Sub-Organist of Westminster Abbey and later that same year appeared for the first time in the Royal Albert Hall at the Proms, performing in Saint-Saëns’ Organ Symphony with the BBC Symphony Orchestra. During the sixties Simon Preston produced a milestone series of recordings on Westminster Abbey’s famous instrument, which included Messiaen’s La Nativité and the Sonata on the 94th Psalm by Reubke. He also appeared at the Royal Albert Hall in the now legendary fund-raising concert for the Royal College of Organists—“Organ in Sanity and Madness”—where he opened proceedings with Bossi’s Etude Symphonique. During that period too he worked under the direction of many renowned conductors including Leopold Stokowski and Pierre Monteux, and in 1965 made his first tour to Canada and the USA.

By the time he left Westminster Abbey in 1967, Simon Preston was already an internationally acclaimed artist. In 1970 Simon Preston became Organist of the Cathedral and Tutor in Music at Christ Church, Oxford, where his work with the choir won great praise. He was appointed Organist and Master of the Choristers at Westminster Abbey in 1981, where his work with the choir again received great acclaim. He directed the music at the Royal Wedding of Prince Andrew and Sarah Ferguson in 1986 and was responsible for writing much of Salieri’s music for the film Amadeus.

After leaving Westminster Abbey in 1987, he continued to pursue an active career as a much sought-after organist and conductor, undertaking a series of tours to the Far East, Australia and South Africa as well as North America and Canada. In 1990 Simon Preston became Artistic Director of the Calgary International Organ Festival and Competition of which he was Co-Founder. SimonPreston currently has almost fifty CDs available, including two versions of the Handel Organ Concertos with both Yehudi Menuhin and Trevor Pinnock, the complete organ works of Bach for Deutsche Grammophon as well as the 5th Brandenburg Concerto as harpsichord soloist, and many recordings with the choirs of Westminster Abbey and Christ Church, Oxford.

In 2004 Simon Preston appeared at The Last Night of the Proms performing Barber’s Toccata Festiva on the Albert Hall’s newly restored organ with the BBC Symphony Orchestra and Leonard Slatkin.