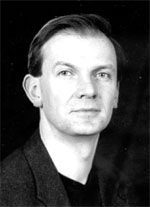 see also Joseph Cullen (organ)
see also Joseph Cullen (bass)
Described by Opera News as ‘clearly a name to watch’, Grammy Award winning Joseph Cullen is one of the most exciting talents to emerge in the UK in recent years. His experience spans a range of prestigious appointments, including Director of the London Symphony Chorus, Chorus Master of the Huddersfield Choral Society and Chorus Director of the Academy of St Martin-in-the-Fields. In 2008 he made his debut at the Grant Park Festival in Chicago where he conducted Russian programmes, including Rachmaninov’s The Bells to audiences of up to 14,000 in the Jay Pritzker Auditorium in Millennium Park.

Joseph led the LSO Chorus and the City of London Sinfonia in Holst’s Hymn of Jesus and Vaughan Williams’ Toward the Unknown Region in October 2009.