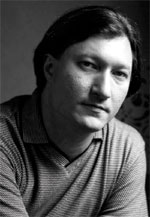 Fabio Zanon is one of the pre-eminent guitarists of today. As a solo and chamber player, author, conductor, teacher and broadcaster, he has sought to expand the perception of the guitar in the concert scene.

He was born in Brazil and holds Brazilian and Italian citizenships. He first learned the guitar with his father, had his formal training with Antonio Guedes, and later studied with Henrique Pinto and Edelton Gloeden. He gave his first concert at the age of 16 and his orchestral debut came two years later, but he only decided to concentrate on guitar performance after completing his education at the University of São Paulo, where he also studied composition and conducting. Later on he studied with Michael Lewin at the Royal Academy of Music in London, where he also attended Julian Bream’s master classes and obtained a Masters degree from the University of London. He returned to the stage in 1995 with a concert at Wigmore Hall in London.

Although not greatly drawn to competitions, he came to international prominence in 1996 when he was the first prize winner of two of the most prestigious ones—the 30th Francisco Tarrega Prize in Spain and the 14th Guitar Foundation of America GFA Guitar Competition in the USA—in the space of a few weeks. These were followed by his first extended tour of North America. In 1998 he played his debut with a major orchestra, stepping in at short notice for a performance of Piazzolla’s Concerto for Guitar and Bandoneon with the London Philharmonic Orchestra. Since then he has been invited to play at venues such as the Royal Festival Hall in London, Carnegie Recital Hall in New York, Sala Verdi in Milan, KKR in Lucerne, Tchaikovsky Hall in Moscow, Philharmonie in St Petersburg and the São Paulo Hall and Rio Opera House in Brazil. He has toured most European countries and returned every year to North and South America.

His recordings have met with great acclaim. His albums of Villa-Lobos and Scarlatti have been hailed as benchmark recordings. In 1997 he received the Moinho Santista Prize, the major artistic and scientific award in Brazil, in recognition of the role he has played in the development of Brazilian music. In 2005 he was awarded the Carlos Gomes Prize for being the best solo performer in Brazil.

Fabio Zanon has premiered and recorded a significant number of new pieces, including guitar concertos by Crowl, Dwyer, Faria, Hime, Kenyon and van der Roost. His repertoire includes more than 40 pieces for guitar and orchestra, some of whose, like the forgotten masterpieces by Mignone, Palau and Tansman, he has brought to the standard repertoire.

Over the last few years he has increased his activities as a conductor and has also written and presented radio programmes. His debut as an opera conductor was chosen as Best Concert of 2006 by the Brazilian press.

In 2008 he was appointed as a Visiting Professor at the Royal Academy of Music in London. He has also shared his knowledge through master classes around the world, from Russia and the Far East to the major colleges in North America.