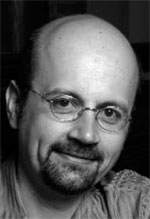 Carlos obtained teaching degrees in piano, theory, harmony, counterpoint and composition at the Royal Conservatoire of Music in Madrid. In 1988 he moved to London to study at the Royal College of Music, where he completed post-graduate studies in composition (ARCM). Because of his interest in opera he decided to study with Jacques Delacôte, a pupil of Hans Swarovsky and a great specialist in opera. As a result of his research, Carlos recorded a programme under the title ‘Spain in the Romantic Germanic Opera’ with the Pilsen Radio Orchestra in the Czech Republic. In 1993 he became assistant conductor and chorus master of the Earls Court arena production of Carmen, with which he travelled to Zurich, Munich and Berlin, working with José Carreras, Simon Estes and the legendary Ambrosian Opera Chorus. He has been an assistant to Jacques Delacôte, John McCarthy, Simon Joly and Terry Edwards, and has worked as an interpreter with Harry Cristophers, during masterclasses in Granada, Spain.

He studied singing at the Escuela superior de Canto, Madrid, where he also worked as an accompanist. After continuing his studies in London, he also sang as a soloist in recitals and operas. As a conductor and chorus master, he has collaborated with Midsummer Opera, Blackheath Opera, Floral Opera, LGSO, Camden and Kingsway SO and the Chelsea Opera Group, for whom he is a regular chorus master. In 1995 he founded Coro Cervantes.

Since 1999, Carlos has been teaching choral, orchestral and operatic conducting, as well as choral and opera performance for singers, in Great Britain, Mexico, Spain and Peru. In 2001 he was invited to give a masterclass on Spanish and Latin American vocal repertoire at the Guildhall School of Music and Drama, London. He is Music Director and a member of the jury of the Trujillo International Singing Competition (Peru), and collaborated also as director and adjudicator at the Rosario International Singing Competition in Argentina. Carlos is involved in helping and promoting Latin American young opera singers. In 2008 he conducted the Costa Rican premiere of Puccini´s Suor Angelica with the Costa Rica Chamber Opera Company.

Carlos Fernández Aransay has had several articles published and works premiered in Madrid and London and translates for EMI Classics, Naxos and Brilliant. He has been Festival Assistant of Spitalfields Festival, Assistant Secretary of the Iberian and Latin American Music Society (ILAMS) and a teacher of vocal and operatic repertoire at the City Literary Institute, London.