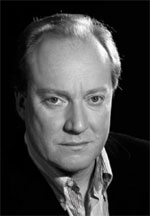 Conductor Julian Reynolds enjoys a highly successful international career both in opera and in concert repertoire. Highlights of recent seasons have included engagements at the Netherlands Opera for Il barbiere di Siviglia and Norma, (available on DVD on Opus Arte) in Sankt Gallen for Tosca, Norma, and Hänsel und Gretel, at the Grand Théâtre de la Ville in Luxembourg with Il barbiere di Seviglia, and acclaimed performances of Puccini’s Il trittico in Modena, Ferrara, and Piacenza. He made his debut at Théâtre Royal de la Monnaie in Bruxelles with Elisabetta Regina d’Inghliterra.

In 1986, Julian Reynolds was appointed Assistant Music Director at the Netherlands Opera in Amsterdam, conducting Bluebeard’s Castle, Mitridate, Le nozze di Figaro, L’italiana in Algeri, Luisa Miller, and L’elisir d’amore, among others. During his tenure at the Netherlands Opera, he worked with other opera companies in the country, most notably in productions of Madama Butterfly and The Cunning Little Vixen for Opera Zuid.

He made his North American debut at the Canadian Opera Company in Toronto with L’italiana in Algeri. In the same season, he made his Wexford Opera Festival debut with Weinberger’s Svanda dudák, the recording of which is available on Naxos. He has led Carmen at both the Teatro Regio di Parma and at the Arena di Verona, and Adelina at the Rossini Opera Festival in Pesaro, and made his debut on the Sankt Gallen podium with La Cenerentola and Otello, and conducted Lucrezia Borgia at the Festivales de Musica de Castillon.

A regularly requested recital accompanist, Julian Reynolds has worked extensively with Dmitri Hvorostovsky, Susan Graham, and Dame Kiri Te Kanawa, both in recital and as conductor.

His recordings include CDs of Rossini Overtures, Ravel’s Ma Mère l’Oye, Saint-Saens’ Le Carnaval des animaux and several Rossini rarities, for Globe Records. As a pianist he has recorded the complete works for piano and violin of Beethoven, Schubert and Schumann with violinist Johannes Leertouwer.