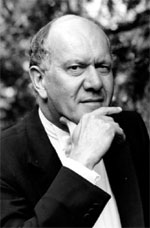 John Lill’s concert career spans over fifty years. His rare talent emerged at an early age—he gave his first piano recital at the age of nine. At eighteen he performed Rachmaninov’s 3rd Piano Concerto under Sir Adrian Boult, followed by his much-acclaimed London debut playing Beethoven’s ‘Emperor’ Piano Concerto at the Royal Festival Hall. His success was reflected in many prestigious international prizes and awards, and in 1970 he won the most coveted of these, the Moscow International Tchaikovsky Competition, further consolidating his already busy international concert schedule.

Unanimously described as the leading British pianist of his generation, John Lill’s career has taken him to over fifty countries, both as a recitalist and as a soloist with the world’s greatest orchestras. He regularly performs in all the European capitals (including Amsterdam, Berlin, Paris, Prague, Rome, Stockholm and Vienna), Russia, the Far East, Australasia, (including several ABC tours) and he is a frequent visitor to the United States, where he has worked with the Cleveland, New York Philharmonic, Philadelphia, Dallas Symphony, Baltimore Symphony, Seattle Symphony, Boston Symphony, Washington and San Diego Symphony Orchestras.

John Lill’s extensive repertoire includes more than seventy concertos, and he is acclaimed in particular as a leading interpreter of Beethoven, whose complete sonata cycle he has performed on several occasions in the UK, USA and Japan. In Britain he has given over 30 BBC Promenade concerts and regularly appears with all the major Symphony Orchestras. He has toured overseas with the London Symphony, London Philharmonic, BBC Symphony, City of Birmingham, Hallé, Royal Scottish National and BBC Scottish Symphony Orchestras.

John Lill has recorded for Deutsche Grammophon, EMI (Complete Beethoven Piano Concertos with RSNO and Gibson), ASV (both Brahms Concertos with the Hallé and Loughran) plus the complete Beethoven Sonatas and Pickwick Records (Tchaikovsky l with the LSO and Judd). More recently he has recorded the complete Prokofiev sonatas with ASV and his recent recording of the complete Beethoven Bagatelles and Piano Concertos with the CBSO and Weller is available on Chandos. He recorded Malcolm Arnold’s Fantasy on a Theme of John Field (dedicated to John Lill) with RPO and Handley for Conifer and the complete Rachmaninov Concertos and major solo piano works for Nimbus Records. His most recent recording projects have been the 60th birthday release of piano works by Schumann on the Classics for Pleasure label and a new release for Signum Records of Schumann and Brahms.

John Lill lives in London and was awarded the CBE for his services to music in the 2005 New Year’s Honours List.