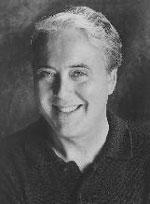 Robert White was born into a New York family that enjoys a strong tradition of song. He studied at the Juilliard School, earning a Master's Degree in voice. European studies included work with the legendary Nadia Boulanger at Fountainebleau.

Versatility has been the tenor's trademark throughout his career. Just after college he toured Europe and America as soloist in Medieval and Renaissance music with Noah Greenberg's New York Pro Musica, while also giving premieres of twentieth-century works by Menotti, Schuller, Babbitt, Corigliano and Hindemith (under this latter's direction).

In the 1980s Mr White attracted a large concert public in Britain and Ireland. Following a month-long English tour with flautist James Galway he was given the rare opportunity to host his own weekly radio programme with orchestra on the BBC, singing music ranging from Handel and Beethoven to Kern and Berlin.

Robert White has recorded more than a dozen solo albums. In addition to his busy performing schedule, he is a member of the Voice Faculty of the Juilliard School.