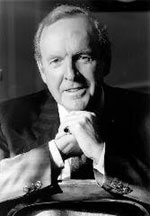 Geoffrey Parsons was born in the Sydney to a working class family. He had two older brothers and a large extended family. He originally intended to study architecture, but his love of music prevailed. He won the ABC’s Instrumental and Vocal Competition in 1947, and toured Australia before travelling to Britain to perform with bass baritone Peter Dawson. The six-concert tour completed, Parsons remained in London, earning a living initially as a cocktail lounge pianist. This led to an engagement with the popular duettists Anne Ziegler and Webster Booth, and permanent residence in Britain. Geoffrey Parsons also accompanied some of the world's greatest instrumentalists, artists whom he partnered quickly appreciated his exemplary standards of musicianship, and a level of pianistic command that was totally new to the accompanist's role. This led to his increasing recognition as the ideal accompanist in a career that saw him perform in over 40 countries in six continents, including all the major international music festivals. He also recorded widely throughout his career, leaving a vast output. His partnership with Australia was an essential part of his entire career and he became the means for bringing some of the world’s most important singers and instrumentalists to his native country. He became an honorary member of the Royal Academy of Music in 1975, and the Guildhall School of Music in 1983 and was named the Royal Philharmonic Society’s Instrumentalist of the Year in 1992. He was appointed an Officer (OBE) of the Order of the British Empire and an Officer (AO) of the Order of Australia.

He died in London in 1995, following Parsons’ death, the Geoffrey Parsons Award was named in his memory by the Accompanists' Guild of South Australia, of which Parsons was the founding international patron. The award is one of the few Australian prizes to celebrate and encourage the profession of piano accompaniment. The Geoffrey Parsons Memorial Trust exists to encourage the art of the accompanist amongst young pianists.