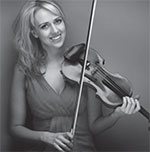 Kerenza Peacock is a musical wanderer—equally at home playing classical works by Vivaldi and Mozart as she is performing new works by contemporary composers like Oliver Davis or letting her hair down playing fiddle with Anglo-American Bluegrass band The Coal Porters.

Kerenza studied violin at the Royal Academy of Music with Howard Davis. Kerenza has recorded many classical solo and chamber discs, all receiving 5 star reviews. Her debut solo disc was the world premiere recording of the Holbrooke Violin Concerto for the Naxos record label, praised in Gramophone magazine for her 'lithe, elegant violin-playing and her easy conquest of the virtuoso demands' .

Kerenza was leader of the Pavao Quartet for 15 years, recording five albums and touring the world. Their disc of Elgar and Bax Quartets (‘an ensemble of real depth and musical distinction’ Classic FM Magazine), was followed by their ‘Dreaming’ CD, which was described as ‘Chamber music for a new century’ on Radio 2. Kerenza played on Eric Whitacre’s album ‘Light and Gold’, which reached No 1 in the Classical Charts on both sides of the Atlantic, and won a Grammy Award in 2012. Her extensive experience in the recording studio has led to her recording for film and television programmes.

You are equally likely to hear her playing on Radio One as you are on Classic FM or Radio Three. She has performed with many artists including Sir Paul McCartney and Kanye West. At one point she was playing on all top 3 albums in the the Pop Charts, as well as the Classical No 1. In 2016, she led the orchestra on Adele’s world tour.

Kerenza has recently been appointed an Associate of the Royal Academy of Music for having made 'a significant contribution to the music industry'. 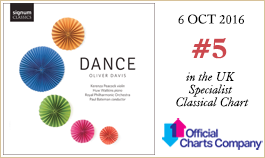 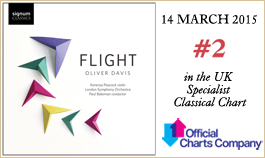