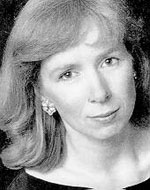 Her chamber music experience with groups such as Capricorn, The Nash Ensemble, Endymion and Composers' Ensembles includes standard and contemporary repertoire and she has worked closely with composers such as Boulez, Berio, Steve Reich and John Adams.

Solo performances include many BBC recordings and appearances in London's Wigmore Hall, South Bank Centre and with the London Symphony Orchestra in the Barbican Concert Hall, as well as festivals throughout Britain and elsewhere.