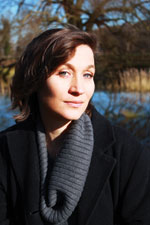 Barbara Haveman was born in Groningen in the Netherlands and graduated from the Maastricht School of Music in 1994. She has studied with Carlo Bergonzi, Renata Scotto and Catherine Green. She gave her stage debut in 1995 as Salud in De Falla’s La vida breve at the Oldenburgische Staatstheater, and won first prizes at the Concours International de Chant de Verviers in 1997, and at the Voci Verdiane in Busseto in 1998. Engagements followed at major opera houses throughout Europe, including the Royal Opera House, Covent Garden (Die Meistersinger von Nürnberg). After her first appearance at the Wiener Staatsoper in 2003, as Salomé in Hérodiade, Barbara Haveman was engaged in 2005 for the title role in a new production of Manon Lescaut, revived in 2009, and also appeared there in Un ballo in maschera (2010 and 2012), Tosca (2011 and 2014), and as Amelia Grimaldi alongside Plácido Domingo in Simon Boccanegra (2012).

Barbara Haveman has appeared in many concerts in Japan, Belgium, France, Italy and the Netherlands. Among others she has sung Bernstein’s 'Jeremiah' Symphony, Shostakovich’s Symphony No 14, Schoenberg’s Sechs Orchesterlieder and Gurre-Lieder, Beethoven’s Symphony No 9, Brahms’s Ein Deutsches Requiem, and Mozart’s Requiem, Vesperae solennes de confessore and Coronation Mass. She is also a noted interpreter of German Lied.