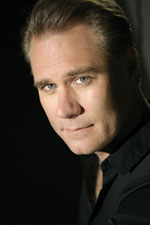 Praised by The Wall Street Journal for his ‘ardent, heroic tenor and strong acting’, Brandon Jovanovich is sought after by the world’s finest opera companies for his passionate stage portrayals of leading roles in French, Italian, German, and Slavic opera. Highlights of recent seasons include the Prince in Sir David McVicar’s new production of Rusalka at the Lyric Opera of Chicago; Don José in Carmen at LA Opera, The Dallas Opera, Opernhaus Zürich, and in a new production at Houston Grand Opera; the title role of Lohengrin at San Francisco Opera; Florestan (Fidelio) at Opernhaus Zürich and at the Verbier Festival; Pinkerton (Madama Butterfly) at LA Opera; the Chevalier des Grieux (Manon Lescaut) at La Monnaie in Brussels; and Sergei (Lady Macbeth of the Mtsensk district) with Opernhaus Zürich. Recent concert work includes appearances with the Gürzenich-Orchester Köln under Markus Stenz, the Baltimore Symphony Orchestra, Lyric Opera of Chicago’s Millennium Park series, and the title role in a concert production of Lohengrin at the Festival International de Lanaudière conducted by Yannick Nézet-Séguin. Brandon Jovanovich made role debuts in Wagner’s Der Ring des Nibelungen as Froh (Rheingold) and Siegmund (Die Walküre) with the San Francisco Opera in 2011, and his UK debut at the Glyndebourne Festival as Don José.

Brandon Jovanovich received his training at Northern Arizona University and Manhattan School of Music. He has received many prestigious awards, among them the 2007 Richard Tucker Award.