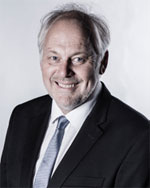 Neal studied Physics at Balliol College, Oxford before coming to London to study at the Guildhall School of Music. An interest in music gradually gave way to a full-time commitment to it and Neal now plays with many top musicians in London’s jazz venues as well as teaching. Neal’s regular performances include cabaret accompaniment for many singers, duo concerts with the guitarist Richard Bolton, as well as his weekly spot at the Soho Pizzeria on Thursday nights with ‘Men from Up North’. In his many cross-style collaborations he has appeared in concert with Paul McCartney, has toured with Indian/Jazz singer Najma, and performed with Griff Rhys Jones and Janie Dee.

As arranger and composer he has produced three albums with Sally Burgess and three stage shows including Something Wonderful, a Richard Rodgers centenary tribute, for Opera North and ENO in 2002 and Harold Arlen—who? for the Barbican in 2003. He presents a concert programme with Willard White—‘a tribute to Paul Robeson’—which has been broadcast by the BBC, and recorded as The Paul Robeson legacy (Linn records). His first operatic work Sonya’s Story was performed in 2010.