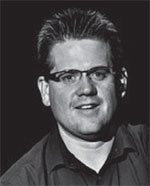 Matt Skelton is a graduate of the Royal Academy of Music. Equally at home in modern and vintage Jazz styles Matt enjoys a diverse musical career that also encompasses Symphonic and Light Orchestral Music.

He has recorded and appears regularly with singers such as Marion Montgomery, Dame Cleo Laine, Maria Ewing and in concert for Jesse Norman’s Ellington and Gershwin Concert Series (2006). Matt accompanied Richard Rodney Bennett and Claire Martin in their American Song Book Show.

Matt regularly plays with The BBC Big Band and BBC Concert Orchestra in broadcasts and BBC Proms TV appearences. Matt regularly performs with orchestras such as the Philharmonia, CBSO, Hallé, RLPO, Britten Symphonia, Lahti, RTE Concert Orchestra and Big Band and most recently Radio France Philharmonic. Matt is the drummer for the Grammy-nominated John Wilson Orchestra, a specialist light music orchestra with which Matt has recorded many film soundtracks including the Kevin Spacey, Bobby Darin biopic ‘Beyond The Sea’ (2003).