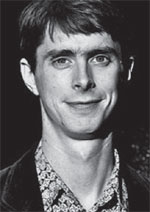 Originally from Cornwall, Jim Hart began playing drums and piano at age four and soon furthered this to include tuned and orchestral percussion.

A founder member of London’s LOOP collective he is one of the most in-demand musicians on the British scene as a soloist and as a sideman on both drums and vibes. He has recored three albums under his own name with his own bands Gemini and The Jim Hart Quartet and his other major projects include The Cloudmakers Trio, Stan Sulzmann’s Neon Quartet, The Liquorice Allsorts with Alan Barnes and Paul Clarvis and the Ivo Neame Quartet. Jim can often be found as a guest with other Loop collective bands such as Phronesis (on drums) and Fringe Magnetic (on vibes).

Jim has toured extensively with many visiting American musicians in the last few years including Ralph Alessi, Joel Frahm, Jaleel Shaw, Terrel Stafford, Logan Richardson and Richie Barshay and he was recently a special guest with Wynton Marsalis and the Lincoln Centre Jazz Orchestra as part of their London residency with the Barbican Centre.

Jim was nominated for musician of the year in the 2011 Parlimentary Jazz Awards. A British Jazz award-winner in 2006, 2007 and 2008 he also received the Worshipful Company of Musicians Bronze medal in 2006. He was also selected to be a participant of the Jerwood/PRS Foundation Take Five Initiative in 2009.