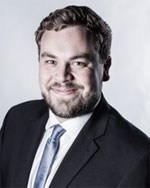 Tim performs at many venues internationally but can most likely be found playing around London at venues such as Ronnie Scott’s, Pizza Express Jazz Club, or the 606 Club.