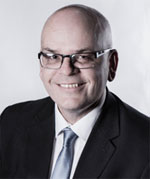 Colin Oxley studied at London’s Guildhall School of Music, graduating in 1990. In that same year he was voted ‘Best Soloist’ in the National Big Band Competition and has gone on to pursue a highly successful musical career.

As a long-standing member of Stacey Kent’s group he recorded several albums as well as touring worldwide, including appearances at Festivals such as Montreux, North Sea, Nice and Vienne, as well as residencies in New York and San Francisco. He is currently a member of Steve Fishwick’s Quartet, the Dave Newton Quartet, Alex Garnett’s Quartet, Mark Crooks’ Quintet, the Back to Basie Orchestra, Simon Thorpe’s Swing Band, a duo with Martin Speake, The Skelton/Skinner Big Band, Simon Woolf’s Sextet and Eriko Ishihara’s Quintet. He also regularly performs with Dutch violin virtuoso Tim Kliphuis. With conductor John Wilson, Colin has performed with the Philharmonia Orchestra, Hallé Orchestra, Northern Symphonia, CBSO and RLPO. He appeared with John’s own orchestra at the 2009 Proms.

Among numerous recording credits, Colin has recorded two successful albums with pianists Colin Purbrook and Dave Newton (in San Francisco). In recent years he has toured widely in Japan and produced several albums for a Japanese record label. In the year 2000, Colin was voted Jazz Musician of the year by the Worshipful Company of Musicians.

In between touring and recording, Colin is Guitar Tutor at the Guildhall School of Music in London.