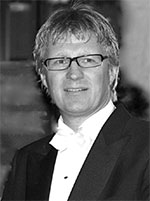 From its founding in 1996 and for the next 10 years, Øystein Fevang was conductor of the chamber choir Ensemble 96. With album releases, numerous premiere performances, and emphasis on contemporary music, the choir soon became amongst Norway’s most respected ensembles.

For the album Immortal Nystedt, Fevang was nominated for the Grammy Awards in the category 'Best choral performance'. This record was also nominated for 'Best surround sound album'. In 2006 Fevang became chorus master for the Oslo Philharmonic Choir, which has, by critical consensus, made remarkable progress in recent years.