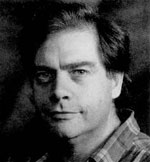 One of this country's most distinguished singers, Anthony Rolfe Johnson sang with the Chicago Symphony Orchestra under Solti, the Boston Symphony under Ozawa, the New York Philharmonic under Rostropovitch and Masur, the Cleveland Orchestra under Rattle and the Berlin Philharmonic under Levine. Conductors with whom he worked also include Giulini, Harnoncourt, Rostdestvensky, Eliot Gardiner, Mackerras, Tennstedt, Boulez, Haitink and Abbado.

He has a vast range of recordings to his name, reflecting his worldwide reputation as an interpreter of Bach, Handel, Haydn, Mozart and Britten. He was acclaimed for his recordings of the great Handel oratorios, the Evangelist in both the St John Passion and the St. Matthew Passion, and many award-winning recordings which include Haydn's Die Jahreszeiten and Die Schöpfung, Mozart's Die Zauberflöte, Idomeneo and La Clemenza di Tito, and Britten's War Requiem. He recorded the title roles in Oedipus Rex under Welser-Moest for EMI, in Samson under Harnoncourt for Teldec and in Peter Grimes under Haitink for EMI; Tom Rakewell (The Rake's Progress) under Ozawa for Philips; Florestan (Fidelio) under Mackerras for Telarc and Captain Vere (Billy Budd) under Nagano for Erato.

He made his international operatic debut as Fenton at the Glyndebourne Festival. In London his roles included Don Ottavio, Tamino, Ferrando, Belmonte, Essex (Gloriana), The Male Chorus (The Rape of Lucretia), Florestan (Fidelio) and the title roles in Monteverdi's Ulysses and Orfeo at the London Coliseum and Jupiter (Semele), Oronte (Alcina) and Don Ottavio at the Royal Opera House, Covent Garden. He sang the title role in Idomeneo at the Salzburg Festival under Ozawa, the Vienna State Opera under Harnoncourt, the Paris Opera under Minkowski and the Metropolitan Opera under Levine. He has sung Aschenbach in Geneva, Edinburgh and the Met; and Peter Grimes at the Savonlinna and Glyndebourne festivals, in Tokyo, Munich and at the Met. At the Monnaie in Brussels his roles included Oedipus Rex, Peter Quint, Pelleas and Polixenes in the world premiere of Wintermärchen and with the Netherlands Opera he sang Ulysses in Amsterdam, New York and Sydney.

Anthony Rolfe Johnson was made a C.B.E. in the 1992 Queen's Birthday Honours.