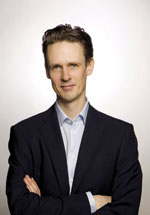 Ian Bostridge was a post-doctoral fellow in history at Corpus Christi College, Oxford, before embarking on a full-time career as a singer. His recital career encompasses the world’s major concert halls and the Edinburgh, Munich, Vienna, Aldeburgh, Salzburg and Schubertiade festivals, including artistic residencies at the Vienna Konzerthaus, Carnegie Hall, Het Concertgebouw in Amsterdam, Philharmonie Luxembourg, the Barbican and Wigmore Hall in London, and the Laeiszhalle in Hamburg.

In opera he has performed the roles of Tamino, Jupiter (Semele) and Aschenbach (Death in Venice) at English National Opera; Quint (The Turn of the Screw), Don Ottavio (Don Giovanni) and Caliban (The Tempest) for The Royal Opera; Don Ottavio in Vienna; and Nerone (L’Incoronazione di Poppea), Tom Rakewell (The Rake’s Progress) and Male Chorus (The Rape of Lucretia) in Munich. He has also performed with leading orchestras around the world. His many recordings include Schubert with Graham Johnson, Schumann with Julius Drake, The Turn of the Screw with Daniel Harding, The Rake’s Progress with John Eliot Gardiner and Billy Budd. In 2001 he was elected an honorary fellow of Corpus Christi College and in 2003 he was made an Honorary Doctor of Music by the University of St Andrews. He was created a CBE in the 2004 New Year’s Honours. His book A Singer’s Notebook was published by Faber and Faber in 2011. 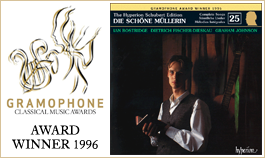