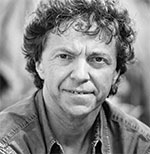 Pascal Rogé exemplifies the finest in French pianism; his playing of Poulenc, Satie, Fauré, Saint-Saëns or Ravel in particular is characterised by its elegance, beauty and delicate phrasing—his name is synonymous with the best playing of French repertory in the world today.

Born in Paris, Pascal Rogé became an exclusive Decca recording artist at the age of 17. He has won many prestigious awards including two Gramophone Awards, a Grand Prix du Disque and an Edison Award for his interpretations of the Ravel and Saint- Saëns concertos. Other recordings feature a Debussy cycle and a Bartok cycle with the London Symphony Orchestra. For the Poulenc Edition in 1999 Mr Rogé recorded both piano concertos, the Aubade and the Concerto Champêtre all under Charles Dutoit.

For Oehms Classics Mr Rogé recorded the Ravel G major and Left Hand Piano Concertos, and the Piano Concerto, Rhapsody in Blue and An American in Paris by Gershwin with the Vienna Radio Symphony Orchestra. His latest recording project is the Rogé Edition, released on the Onyx Classics label. The first CD release inaugurated his first complete Debussy cycle with the Préludes and was followed by a second disc including Estampes and a third containing Images. Also for Onyx he has released a disc of Piano Concertos by Mozart with the Indianapolis Symphony Orchestra, a disc of French repertoire for four-hands and two-pianos with his wife, Ami and Poètes du Piano a live recital of Chopin, Debussy, Fauré, Poulenc and Ravel.