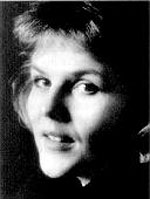 Louise Winter began her musical training at Chethams School of Music, continuing with Frederick Cox at the Royal Northern College of Music. Since making her debut with Glyndebourne Touring Opera in 1982, Louise Winter's many opera appearances have included Dorabelli in Cosi fan tutte, Mercedes in Carmen, Zerlina in Don Giovanni, and Rosina in Il barbiere di Siviglia on tour, and at Glyndebourne Nancy (Albert Herring), Varvara (Katya Kabanova), Olga (Eugene Onegin), and Pauline (The Queen of Spades).

Concert work has been wide-ranging and acclaimed performances have included Vivaldi's Juditha triumphans, appearances at the Barbican Hindemith Festival under Andrew Davis, and with the Hallé Orchestra under Kent Nagano and the City of Birmingham Symphony Orchestra under Sir Simon Rattle. Recital appearances include the Midi Musicaux series at the Chatelet in Paris and the Bath International Festival.