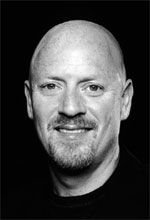 Steve Sidwell studied trumpet, piano, composition and orchestration at the Royal College of Music and the Guildhall School of Music and Drama. He has conducted leading orchestras including the London Symphony Orchestra, the Royal Philharmonic Orchestra and the English Chamber Orchestra.

As an instrumentalist he has performed with artists as diverse as Michael Nyman and Henry Mancini; he has orchestrated and conducted for many leading artists, from Robbie Williams to Katherine Jenkins and Darcy Bussell; his award wining ‘Honda Choir’ TV advertisement was followed by an Emmy-nominated performance at the 79th Academy Awards.