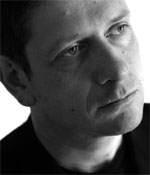 Paul Brough has taught conducting and academic studies at the Royal Academy of Music since 2004. His own conducting has taken him to the BBC Symphony Orchestra, BBC Philharmonic, BBC Concert Orchestra, Ulster Orchestra, Britten Sinfonia, Manchester Camerata and St James’s Baroque.

He attended the Royal College of Music and held organ sholarships at St Michael’s College, Tenbury and Magdalen College, Oxford. He studied conducting with George Hurst and Colin Metters as a postgraduate and post-student Fellow at the Royal Academy of Music, also taking regular masterclasses with both Sir Colin Davis and Ilya Musin. He assisted Jeffrey Tate with the Venice Ring (2007-9) and conducted period orchestra The Hanover Band for seven seasons (Principal Conductor 2007-10). In his parallel activities as a church musician he has developed the musical traditions at All Saints’ Margaret Street, Sheffield Cathedral and Tewkesbury Abbey. He now directs the music at St Mary’s Bourne Street in succession and tribute to the late David Trendell. He lectured for sixteen years in the music department of King’s College, London and was made an Associate of the Royal Academy of Music in 2007 in recognition of 'a significant contribution to the music profession'.