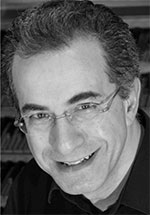 see also Naji Hakim (piano)
Naji Subhy Paul Irénée Hakim was born in Beirut, 31 October, 1955. He studied with J. Langlais and at the Conservatoire National Supérieur de Musique de Paris—classes of R. Boutry, J.-C. Henry, M. Bitsch, R. Falcinelli, J. Castérède and S. Nigg, where he was awarded seven first prizes. He is a licentiate teacher in organ from the Trinity College of Music in London and has won ten first prizes at international organ and composition competitions.

In 1991 he was awarded the Prix André Caplet from the Académie des Beaux-Arts. At first organist of the Basilique du Sacré-Coeur, Paris from 1985 until 1993, he then became organist of l’église de la Trinité, in succession to Olivier Messiaen, from 1993 until 2008. He is professor of musical analysis at the Conservatoire National de Région de Boulogne-Billancourt, and visiting professor at the Royal Academy of Music, London. He is a graduate of the École Nationale Supérieure des Télécommunications in Paris, member of the Consociatio Internationalis Musicae Sacrae in Rome and Doctor honoris causa of the University Saint-Esprit of Kaslik, Lebanon. In 2007, His Holiness the Pope Benediktus XVI has awarded Naji Hakim The Augustae crucis insigne pro Ecclesia et Pontifice, for his excellent commitment and work for the benefit of the Church and the Holy Father.