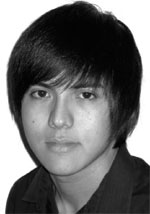 Timothy Lambourn is the Senior Organ Scholar at Jesus College Cambridge where he is studying for a degree in Geography. Prior to his time at Cambridge, Tim held organ scholarships at St Mary the Virgin, Twickenham and All Saints, Kingston-upon-Thames alongside academic and music scholarships at Hampton School. In 2005 he was awarded the Hall & Manton Trophy at the Croydon Music Festival, and he gained Associateship of the Royal College of Organists in 2007.

Tim has studied with David Briggs, David Sanger and Gordon Stewart since taking up his post at Jesus College. Projects with the choirs have included tours in the UK, to the European continent and to the USA, live radio broadcasts for the BBC, and a performance of Britten’s St Nicolas in collaboration with the Britten Sinfonia in December 2009.