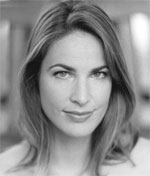 see also Sally Bruce-Payne (alto)
Sally Bruce-Payne was born in London, living first in the cloisters of Westminster Abbey, where her father was assistant organist. She studied at Bristol University, the Royal College of Music and now enjoys a world wide solo career working with many of the leading conductors, orchestras and choirs in the world.

Sally has recently released a disc of rare Handel English Cantatas with The Brook Street Band and Bach’s Pergolesi Stabat Mater with The Bach Players. Other commercial recordings include Schubert and Haydn masses with Sir John Eliot Gardiner and Boulanger Du fond de l’abîme with the London Symphony Orchestra and Gardiner.