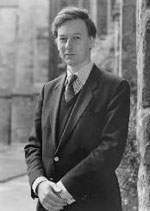 see also Edward Higginbottom (harpsichord)
see also Edward Higginbottom (organ)
Edward Higginbottom is one of the UK’s top choral directors. His work with New College Choir has covered a particularly wide range of music. He is an expert in the performance of Renaissance, Baroque and Classical choral repertory, where his discography is particularly strong. But he has also engaged in the 20th-century and contemporary fields, and a number of highly successful recordings bear witness to his skills in these areas. As a musicologist, he has made it his business to research and perform unusual repertory. He has brought to light works by Desmarest, du Caurroy, Mondonville, François Couperin, Le Jeune, Boyce, Croft, Gibbons, and many others, being responsible not only for the performance but also the editions used. At the same time, he has made highly acclaimed recordings of many of the choral ‘standards’, such as Haydn’s Creation, Handel’s Messiah, Bach’s St John Passion, Monteverdi’s Vespers and Mozart’s Requiem. He has worked with many leading instrumental ensembles, including The Orchestra of the Age of Enlightenment, The Academy of Ancient Music and the European Union Baroque Orchestra.

For a time he was involved in the re-establishment of choir schools (maîtrises) in France, and received the decoration Commandeur de l’ordre des arts et des lettres from the French government for this work and his advocacy of French music, particularly of the baroque period. His work often takes him abroad, either directing New College Choir, or as a guest conductor. His approach to choral timbre and style has produced what many call the ‘New College sound’.