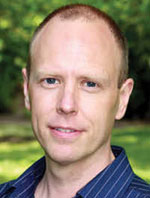 William Dazeley was born in Warwickshire and studied at Jesus College, Cambridge and the Guildhall School of Music and Drama.

William appears frequently in concert alongside renowned orchestras and conductors, including the CBSO, Berlin Philharmonic, BBC Symphony, Philippe Herreweghe, John Eliot Gardiner and Leonard Slatkin. He performed the world premiere of songs by Harrison Birtwistle for the BBC Proms, and has recently performed Carmina Burana with Sydney Symphony Orchestra and L’Enfance du Christ with the Bayerische Rundfunk Munich. He has given recitals at the Wigmore Hall, Purcell Room, and St George’s Bristol, and is regularly invited to sing at Cheltenham, Aix en Provence and Saintes Festivals with such noted accompanists as Graham Johnson, Iain Burnside, Sholto Kynoch and Malcolm Martineau.