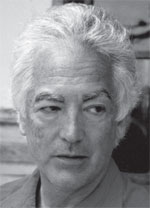 Born 1930, Sydney, Australia, studied at the NSW Conservatorium of Music, the Royal College of Music, London and with Herbert Fryer a pupil of Busoni. He was appointed Musical Director of the Sutherland-Williamson Grand Opera Company in 1965 (Melbourne, Adelaide, Sydney, Brisbane), Artistic Director of the Vancouver Opera, 1974–77 and Musical Director of The Australian Opera, 1976–86. He was awarded the CBE (Commander of the British Empire) by Her Majesty The Queen in Great Britain in 1977, the AO in 1983 and in 2012 the AC (Companion of the Order of Australia), awarded Commandeur de l’Ordre National des Arts et des Lettres, Paris in 1989, and made ‘Socio d’onore’, R. Accademia Filarmonica di Bologna, 2007. In 2009 he was awarded the Sir Bernard Heinze Award for service to music and in 2010 the Patron’s Award given by Dame Beryl Grey within the Critics’ Circle National Dance Awards at Covent Garden for services to ballet. He married the late soprano Joan Sutherland in 1954 and has one son.