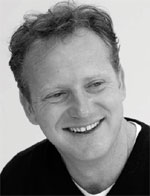 He has performed regularly with the Philharmonia, the London Philharmonic Orchestra, opening their 2003 ‘Friday Series’ in London and touring with them to China in 2003/4; and the Birmingham Contemporary Music Group, with whom he made his BBC Proms and Berlin Festival debuts.

Alexander is also Artistic and Music Director of The Australian World Orchestra, which he founded in 2009.